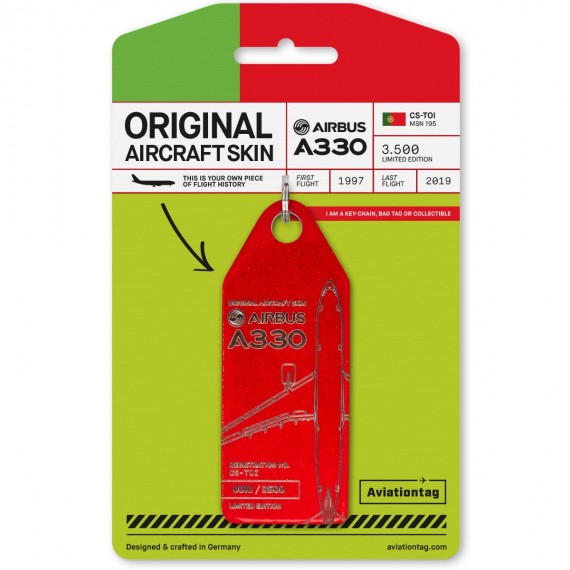 After the first TAP Airbus A330 edition with its fantastic colours quickly sold out, we are following up right away with the equally colourful CS-TOI series!

The plane sporting serial number MSN195 is the second prototype of the A330-200 model, making it a very special aircraft! It initially flew for Airbus for one and a half years and then changed hands to Austrian Airlines in May 1999, before ending up with TAP Air Portugal, which it took to the skies for as “Damião de Góis” as of July 2007.

In 2019, the Airbus A330 was finally retired and then recycled in the Netherlands in 2020. We have been able to upcycle both logos and the internet address on the plane into our latest Aviationtag edition!

If you’ve always itched to own a piece of an A330 prototype, now is your chance!

Airbus A330: The Airbus A330 is a wide-bodied twin-engine aircraft produced by the European aircraft maker Airbus, designed as a medium or long-haul aircraft and developed to replace the A300-600R and to give the Boeing 767-300ER a run for its money.

The A330-200 programme was officially launched in November 1995, with ILFC placing the first order for 13 aircraft in February 1996. The maiden flight followed on 13 August 1997 and certification in April 1998. 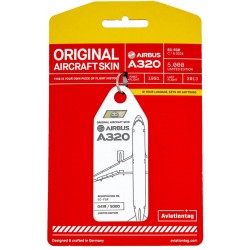 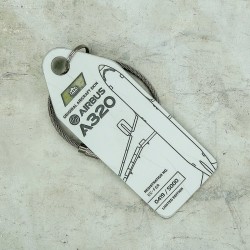 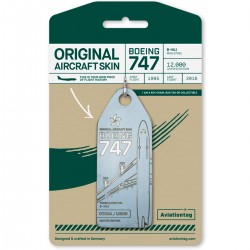 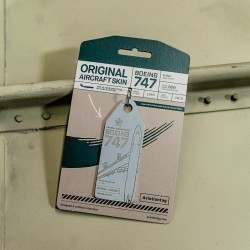 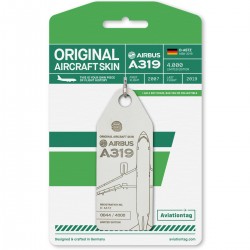 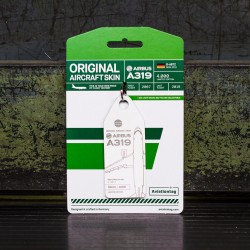 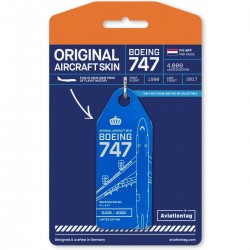 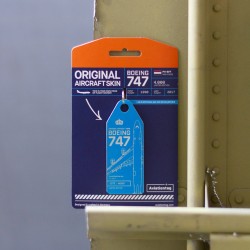 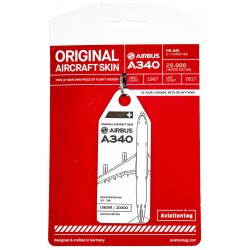 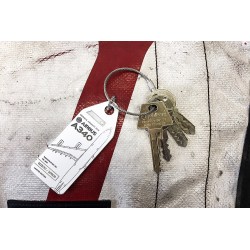 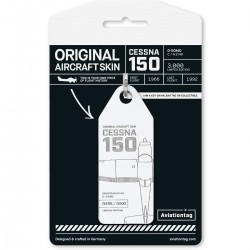 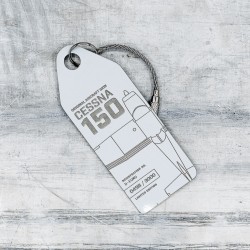 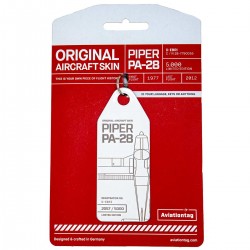 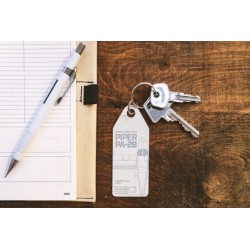